By 1 August 2014, Dili Hash had completed 755 runs. Here is a list of Dili hashers who have cracked 50 runs.  Current runners in bold.

The records show the following : 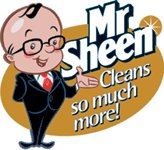 Data most recently collected by Nuts On/Off, Root Canal, Cavity Kid (the Ghost Who Wanks) and Yankee Doodle Candy (obviously a genetic mutation courtesy of Root Canal) and processed by Squatter (the Wanker Who Ghosts).  However, all complaints to Mr.Sheen who will only complain bitterly because he is now salubriating in Brisbane after a spell of diamond running in Zimbabwe.